The biggest reason that I have decided to visit Kyushu is because I wanted to pray for peace at Nagasaki, where is the second place that nuclear atomic bomb have been dropped off 9th August 1945. I have ever visited in Hiroshima but never been to Nagasaki. This is a one-day trip. In order to visit there, my fright arrived at Fukuoka first and then soon after that I took an express traing to Nagasaki, which was slightly a tough itinerary and was costly to be honest. 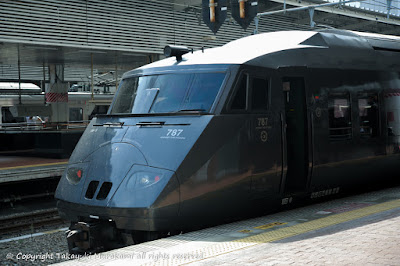 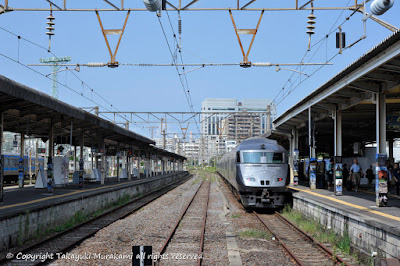 When I arrived at Nagasaki station, I was enough hungry because it was a flight early in the morning and I could not eat anything at Fukuoka airport to make a secure transfer to the train. Then on the train I was thinking a lot about my lunch time. As I am a big fan of noodles, I had made up my mind to have a local cuisine called "Sara udon" although I did not take a photo of it. It was similar to Chinese fried noodles and very tasty. My stomach finally became calmed down and off to the main destination, Nagasaki peace park. There are trams running in the city of Nagasaki which resembles Hiroshima. Tram fare is quite cheap and many people getting on. 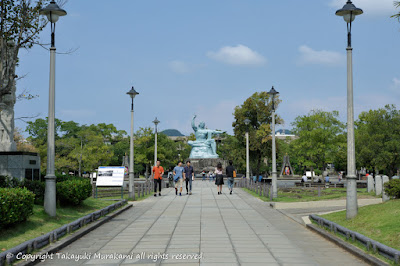 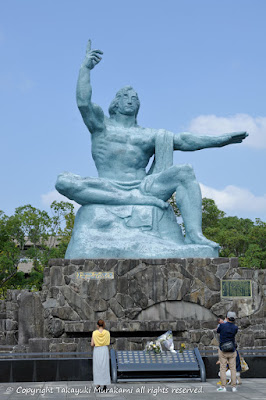 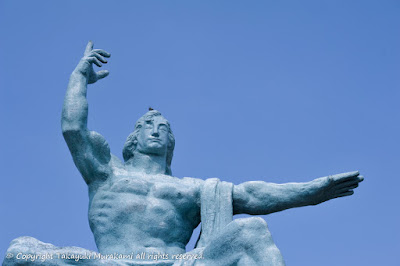 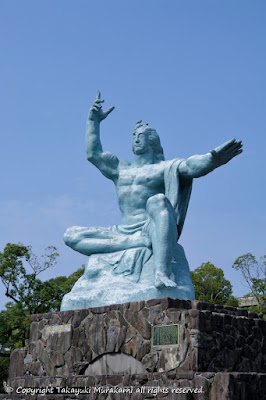 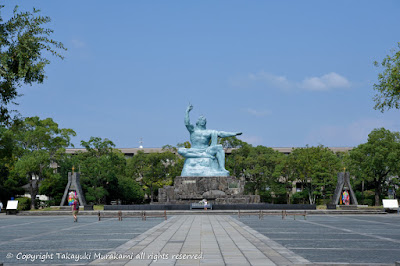 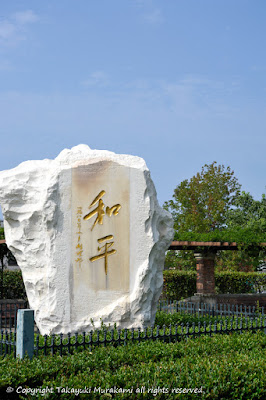 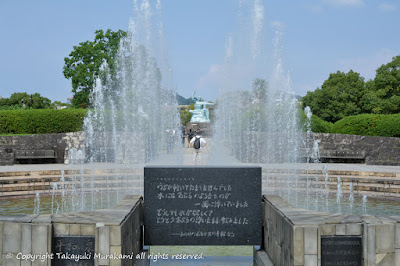 People were not that many. Probably that was because of timing. It is quite hot this time of year. The park is located on a hill, visitors have to walk from the nearest tram station for a while. Compare to Hiroshima, that of Nagasaki seems smaller. Actually, the area called "Urakami" is not the city centre, rather it's opposite to the Nagasaki city centre. Meanwhile, a neuclear bomb has been dropped at literally city centre in Hiroshima, this should be one of the reasons of this dimension differences. Yet the statue looked quite simbolic and I felt time goes by slowly. I had a walk around the park to go to the memorial museum, the area is called "Heiwa machi" which means literally a peace town. 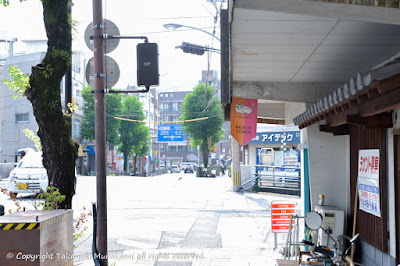 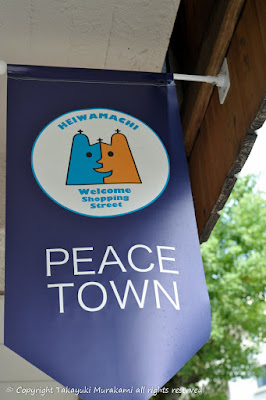 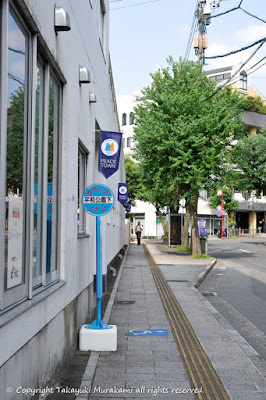 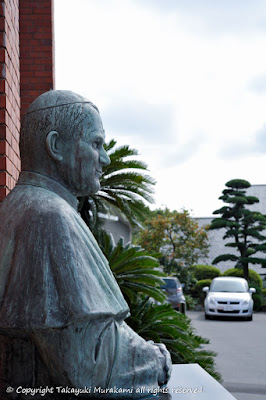 Originally and historically, Nagasaki is a Christian city, and there are some churches in this particular zone. And back in 1945, a big church was damaged by the bomb, and this was an edifice representing the sad facts.

Although it was not easy to find out an entrance to the museum, I managed to get there. The museum in Hiroshima is free of charge however, that of Nagasaki charges you... 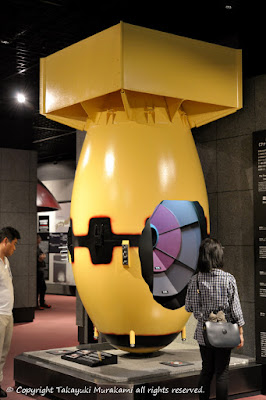 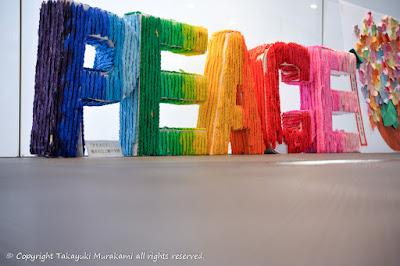 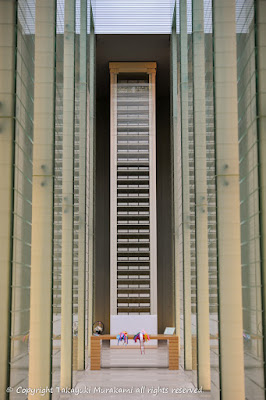 Exhibitions are pretty much the same, but this one is in a way spacious and relaxed. Perhaps it is because of number of itimes, lighting and something that I can't explain well. But I've found two impressive exhibitions. One is above image, these are name lists of victims. And the other is a photograph representing a boy stanging on the ground and looking at far away with his dead younger brother hanged on the back (photographing is not allowed).  Image below is the hypocentre by the way. 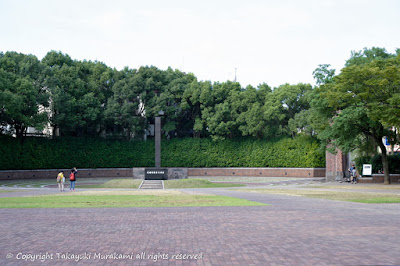 After visiting the museum, I still had a spare time to the train back to Fukuoka. In fact, the city of Nagasaki is quite small and you can go sightseeing spots very easily with the trams. I thought I would not able to see a famous bridge (Glasses bridge) at there but it was no problem at all. 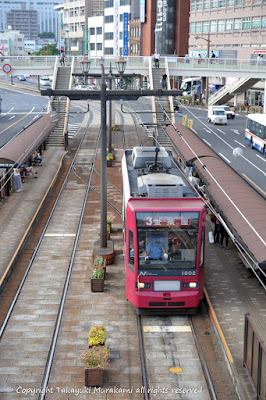 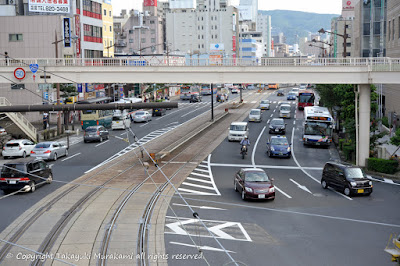 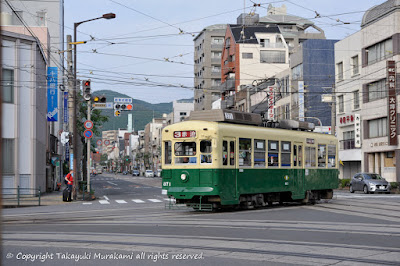 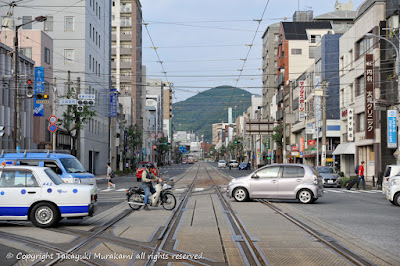 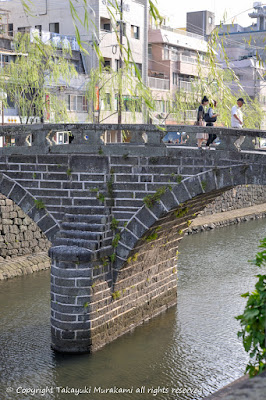 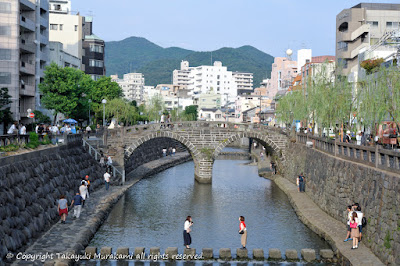 The bridge and the city centre locate opposite to the park and museum as I explained earlier. If it was calm on the water it could be seen as glasses however, the result is as it shows. Again, time never flies here. 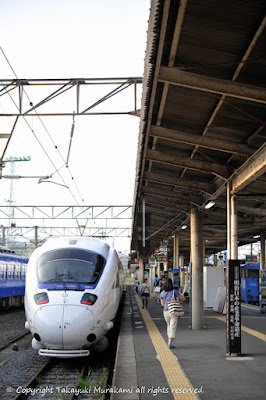 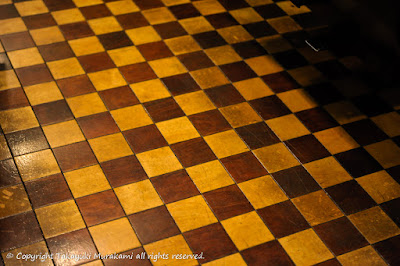 On an express train back to Fukuoka, the train itself was very stylish both exterior and interior. It was a tough and long and worthy day to spend.
Posted by Takayuki Murakami at 22:34