I have met my favourite youtuber, Chris Broad at an event. 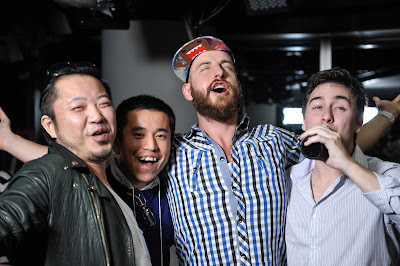 One day he was advertising the event on his youtube channel and I watched it and got interested soon. As it was first come first served, I applied for a seat quickly. This particular event has been organised by a company which is presumabuly created by Google quire recently. Because some other Japanese and foreign youtubers are invited to the event and have a live talkshow. 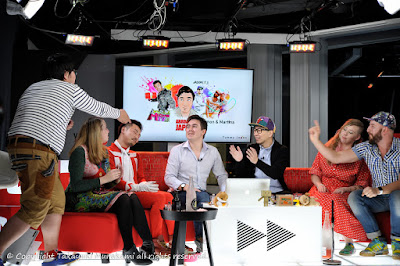 The talkshow itself was quite normal and common. Each youtubers introduces own youtube channel and talks about some topics related to.

After the show, the organiser provided free food and drinks including Sushi and alcholes. Surprisingly Sushi chefs came and cook Sushi in front of us. OMG, the organiser has got a lot of money! This was my impression.

The most fun moment to me was that I have seen Chris and Natsuki and had a picture taken with them.
Chris was actually tall much taller than I expected. And Natsuki was a nice guy as expected. He seemed quite a normal person however once he popoed up in a camera frame, he turned on his character.
And finally, I have managed to get their contact details especially Natsuki has responded to me via email!
Posted by Takayuki Murakami at 22:40 No comments: