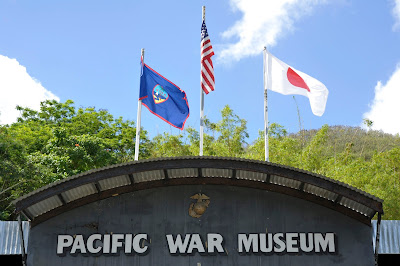 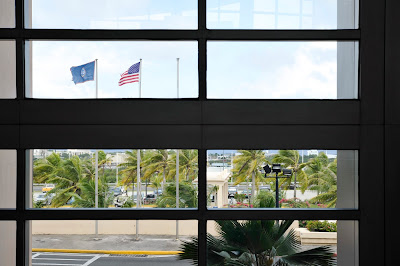 Although I was not quite willing to do, I was taken to Guam by my parents with my brother. They went to Hawaii last year and then they've enjoyed it so much. However according to my parents it has cost a lot and the reason Guam this year is the cost is lower than Hawaii.

The flights between Narita to Guam takes approximately 4hours long which is not too bad. Yes, Guam is US, where you can reach just a couples of hours. And actually this was for the first time to enter the United States despite I don't want to.

The arrival date was 29th of December therefore it was quite cold at Tokyo meanwhile Guam was absolutely hot. And the first thing we have confronted with was a long queue for passport control, which took about an hour to be done. Guam is quite popular place to visit in particular for Japanese tourists. As I mentioned earlier it locates very close to Japan and not to mention there were loads of Japanese waiting for the passport control around me, and to be honest at this moment I was feeling some sort of a bad expectation.
We've taken a taxi to move to the hotel we were supposed to stay. And on the way to the hotel, I have noticed that almost every sign was written in Japanese. In fact, when we got on the taxi my mother has told the destination in Japanese and the driver has completely understood. And then as well as the passport control there were so many Japanese walking on the street. In addition to these, luxury brand shops were everywhere in the city. So, this is a definitely Japanised city. You don't really need to speak English. 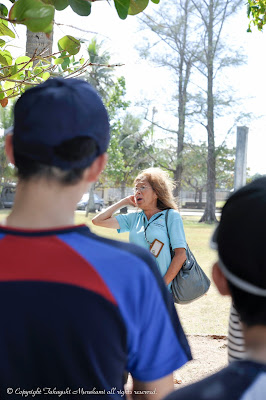 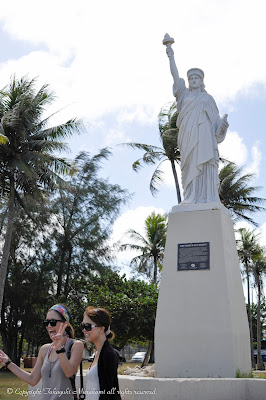 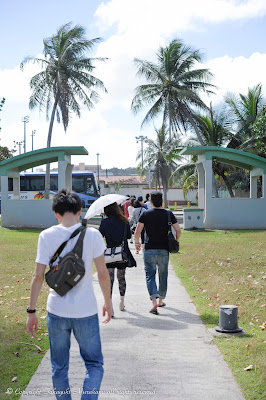 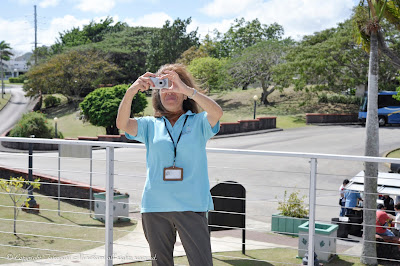 I've got nothing to do because I was just taken to here.
Day2, we went to a half day city tour. And the tour guide was a elderly lady who can speak Japanese absolutely well and she was very funny. As a programme of the tour, we got to the Pacific War Museum the picture above. Inside of the museum which is divided into two parts, there are memorial stuffs(weapons, cars, fighter aircraft, bullets, uniforms, and so on) of the WWII both Japan and America. The museum narrates a story of the war which was taking place more than 60 years ago even in Guam and what happened. And for me this was quite meaningful opportunity to visit as a whole. Because I've found a weird fact there. 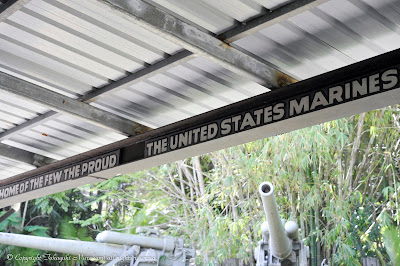 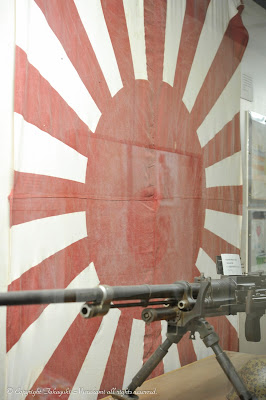 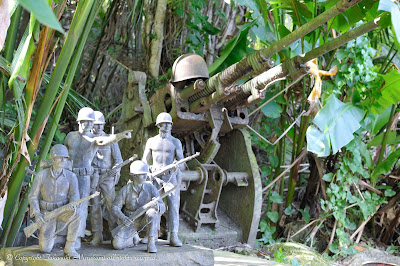 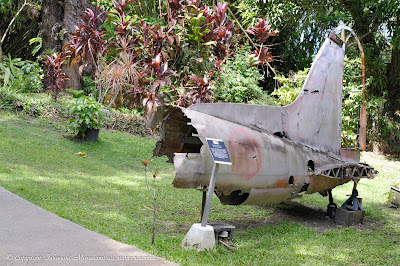 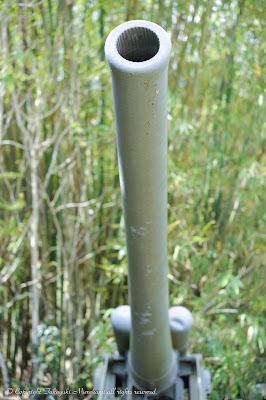 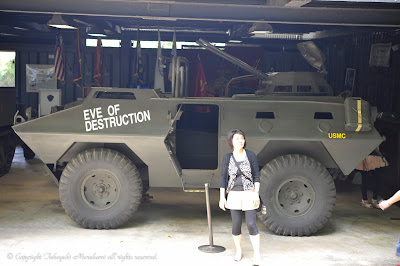 The first images represents three flags. Flag of Guam, the US, and Japan from the left hand side.
And then as soon as I have taken look at the three, I just wondered why the three are not equal, why the center is the highest?
Normally every flag is supposed to be hanged at equal height, as you can imagine it is like United Nations or Olympic stadiums. And this is an international rule.
I asked a staff the reason regarding the different heights and then he was saying that this is what this is, it's a kind of an American way. He compared an example of Texas state with the Museum however, that doesn't make sense because Japan is a nation not a part of a country. Eventually I had a bad feeling visiting here at the same time I clearly have recognised how the US regards Japan as a nation which is obviously independent.
The second one, I've taken at the air port before leaving Guam. It is much clear that America looks down on Japan as the flags are literally equal behind Japan's back. 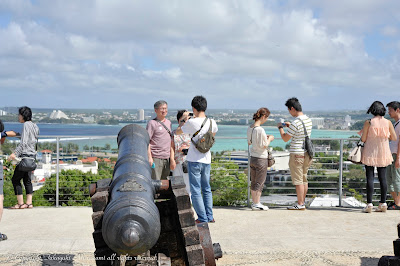 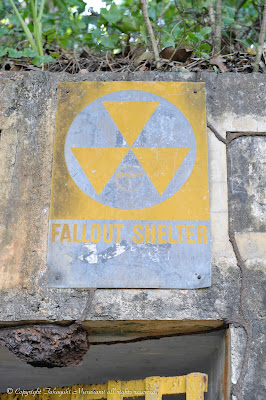 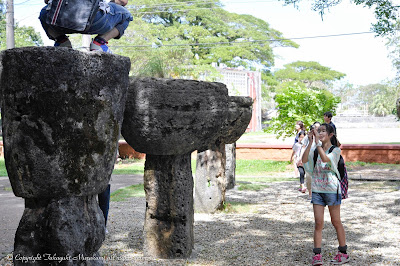 The bus tour has been finished. We've also have seen a former shelter during the warfare which Japanese army used to use. So for me the tour was interesting in terms of the aftermath of the WWII.
But still Guam was boring to me. At the beach, pools, shopping centres, boring because there were 80% for Japanese, 18% for Chinese and Koreans, and then 2% for Russians. There were not so many interesting spots to photograph neither...
Anyway, although the schedule was 3 nights 4 days, I've been like that. 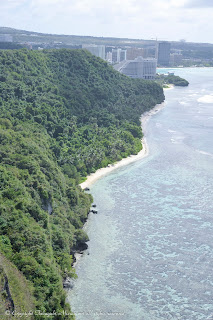 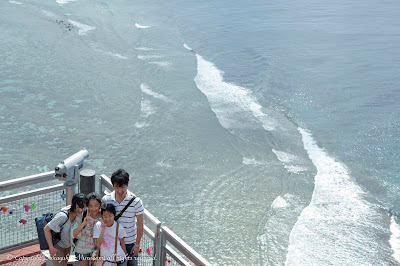 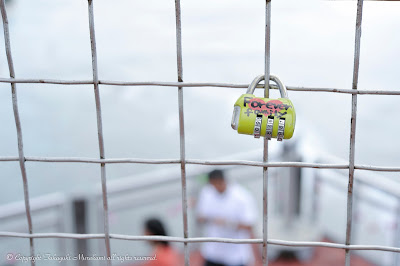 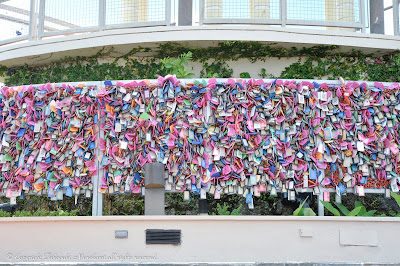 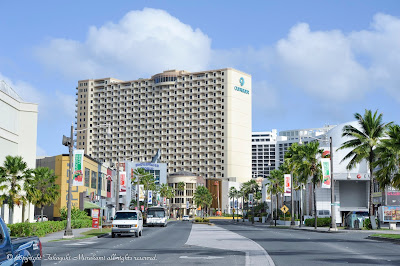 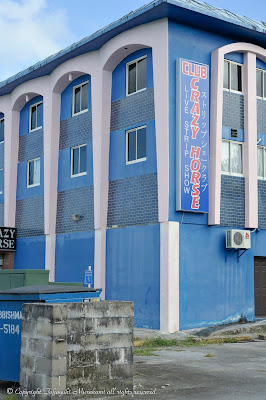 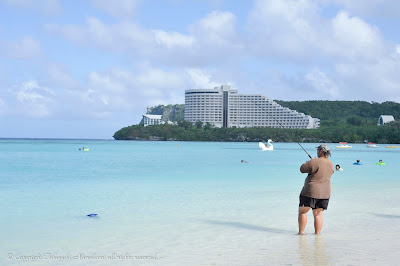 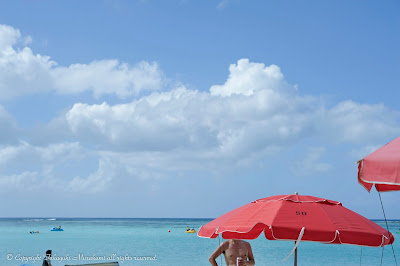 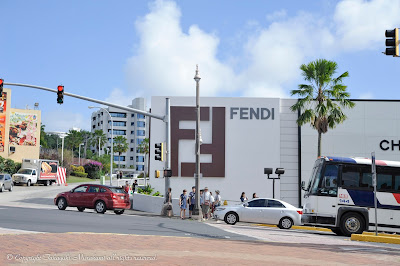 Final day before dinner, I was cold somehow. Meanwhile the dinner has been scheduled. Needed to be transferred from the hotel to another hotel, where BBQ dinner takes place. We got there but I really didn't have enough apatite to enjoy that unfortunately. And then we returned to the hotel and as soon as I arrived, I've taken a shower and gone to bed, and struggled from something, couldn't sleep well. And finally we went back to Japan.

Basically I don't necessarily go to Guam any more.


Posted by Takayuki Murakami at 17:04 No comments: