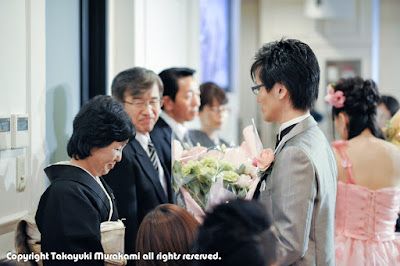 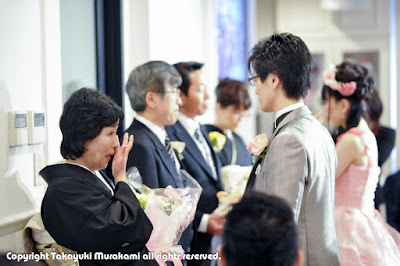 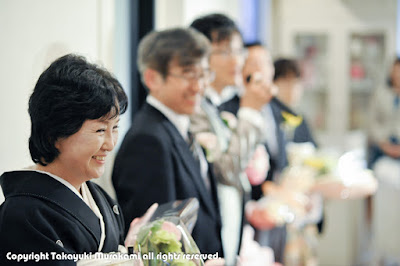 I was invited a wedding party of my uni friend in Japan. He is from Hokkaido, where the Northern most area in Japan and we happened to meet at a uni in Tokyo. It's been an about 10 years relationship.Although I have been a few wedding ceremonies ever, this was the smallest ever. The reason was actually, he was supposed to have two parties at Tokyo and his home Hokkaido. This was its first half and a party for those who have got to know him at Tokyo. But still it should be costly for him anyway.

When I was a uni student in Japan, I have visited his home and known his family as well. Especially his mother is very generous and in a way powerful lady and quite impressive for everybody who meet her. However, it has been for a while since last time we saw and this particular opportunity was a very good chance to me to reunite her and whole the family.

Before having a chat with her, I have talked with his younger brother and got a piece information saying "My mother has got a disease recently". And then I had no choice but to ask her in parson what has happened to her. The answer was a bit shocking because she used have a cancer and overcame it. Certainly her appearance was older than before. I was able to see her facial skin having a bit of black stain. It was quite incredible to hear her story because she used to be so vivid and fine woman.

I have ever seen some people having a serious disease around myself including my family, my friend, my ex-girlfriend and so on. What I've got was the fact that you never be able to imagine what happens to you. That's why I always go non-regrettable ways just like I have decided to go study abroad though.

Quite fortunately we have enough time to update ourselves over a couple of years exchanging her story and mine and I was satisfied with this few hours with her because I have no idea when I can see her again.
Posted by Takayuki Murakami at 23:05 No comments: