I was browsing the Internet to witness a disaster, which was a thing in a video below. Apparently the team is Italy, which I totally adore.


An accident happens at around 2:30, and the catastrophe goes on consecutively. The score was 12.250, which might be the lowest ever for this team and its history. I just could not believe what happened to their performance. Because historically the team has been quite strong to the extent getting two Olympic medals in three Games, and of course three gold medals in a row of the World Championships from 2009-2011, so the team on the video, which is newly organised after London 2012 has inherited some sort of methods from the history and their manager is still remaining. Not only for this reason, also I have watched their performance live when I went to photograph World Cup Pesaro 2013, and it was absolutely successful. These factors made me more worried.

And then I could not help deciding to do something, to cheer, support, encourage the girls as the competition of the video was St Petersburg just before World Championship Kiev 2013. So I made up my mind to design a something impressive logo because the team is generally called "Le Farfalle" by Italian fans and it is a sort of super star group amongst the fans but the team hasn't got a symbolic image. For your information, "Le Farfalle" means "The Butterflies" since the girls perform as if they are butterflies.

Firstly I started from turning on Adobe Illustrator regularly, actually I had already found a nice and good symbolic photos taken by Enrico Della Valle at Pesaro 2013. And then my work has begun. Tracing a gymnasts, painting and bits and bobs on my computer. As always this is so tiresome particularly for your eyes. My eyes are not really tough for this long term, intensive task. I am quite not sure how many days it has taken to make some prototypes, maybe within a week I reckon. But, I was not happy with what I have done to be honest for several elements.
One thing I clearly remember is the relationship between design structure and colour.
When it comes to logo, for me is NBA, which is made of three colour (red, blue and white) and a symbolic silhouette playing basketball. Therefore I have commenced designing helped by the example of NBA. 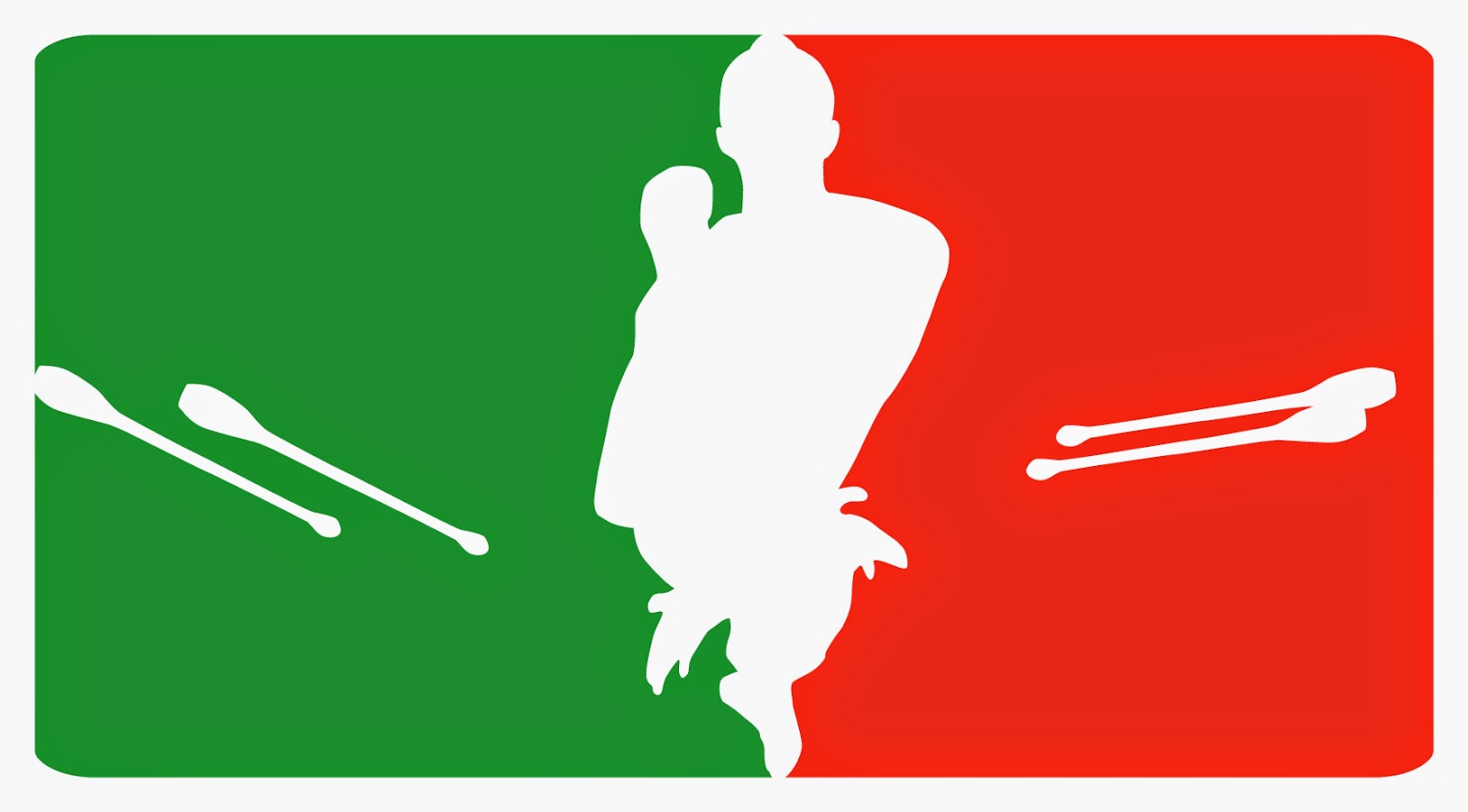 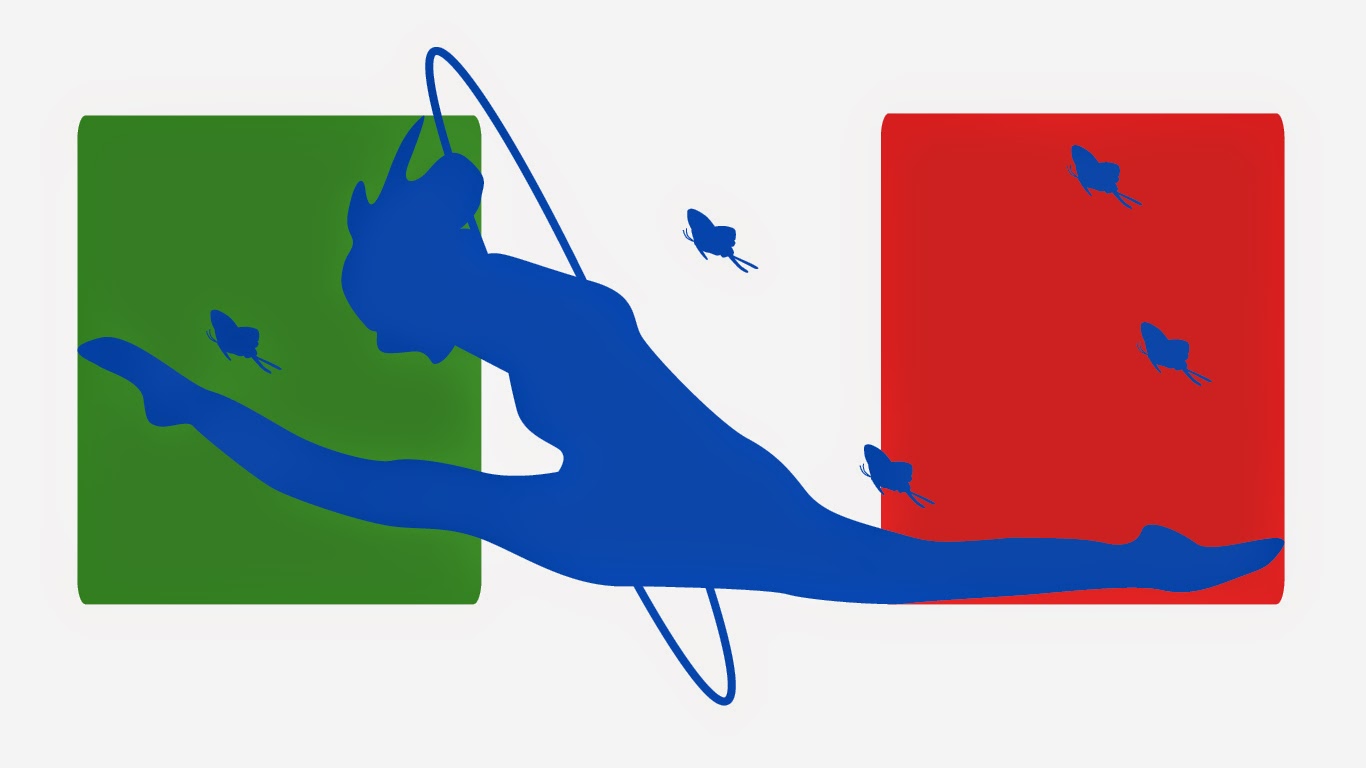 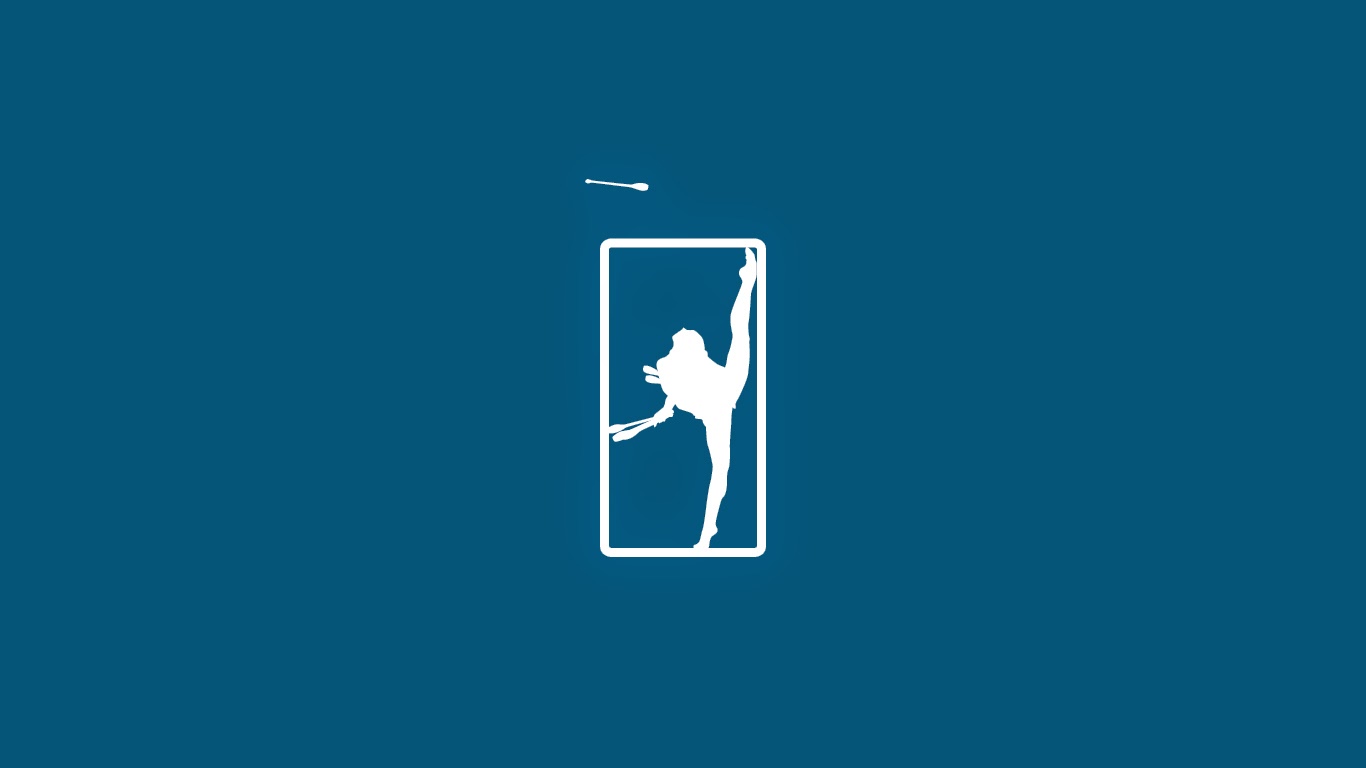 However, obviously these logos are not looking nice. The idea to make the most of the Italian three colours was not too bad however, its balance was not correct compared with that of NBA (see the top image). And mixing the three colours and another Italian symbolic colour, which is blue would be possible. But again the blue colour ruins everything (see the image in the middle).
In fact the logo of NBA is vertical so, I have drawn from another photo. This one seems OK, especially a club popped out from the frame might be interesting. Yet it didn't work when I tried paint it with the three colours (imagine it with the image bottom).
In short, I got stuck.

What I've done next was a shout to an Italian friend Filippo who is also a big fan of "Le Farfalle".
This was a sort of discussion online. Getting in touch with him through facebook and then telling a whole story behind making a logo, and sent him some examples like earlier. As I imagine he is really interested in my idea and actually he is also very good at using design software. He responds quite quickly and concretely as well by showing his idea with arranged designs or his original.
We have done rallies couple of times in order to share ideas, revise the work in progress, amend, and finish the designs. 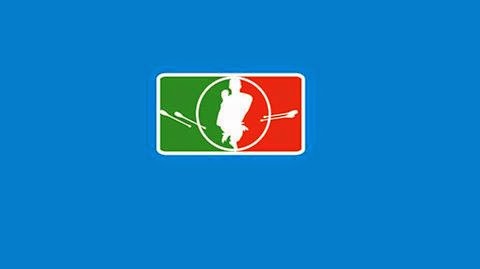 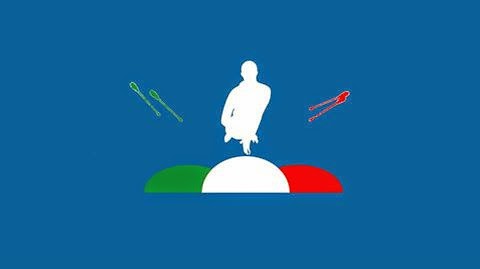 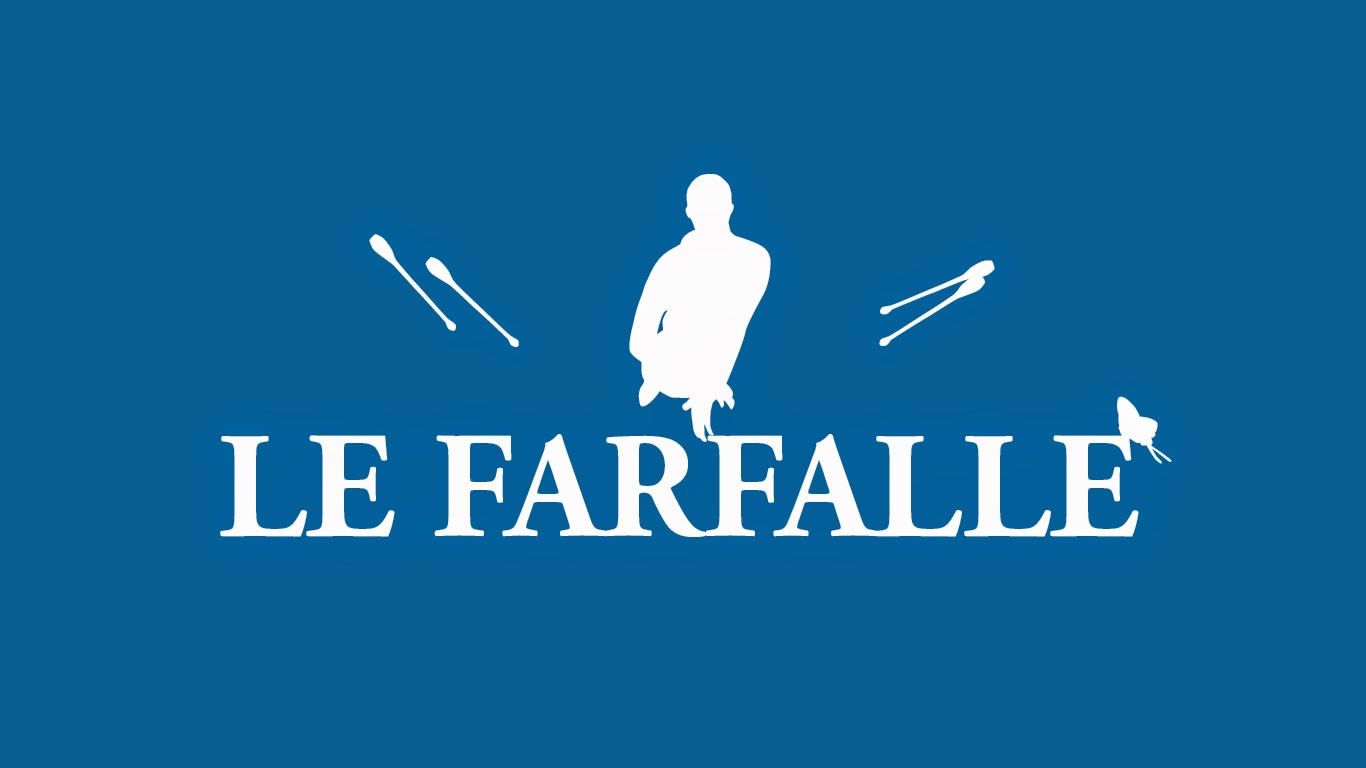 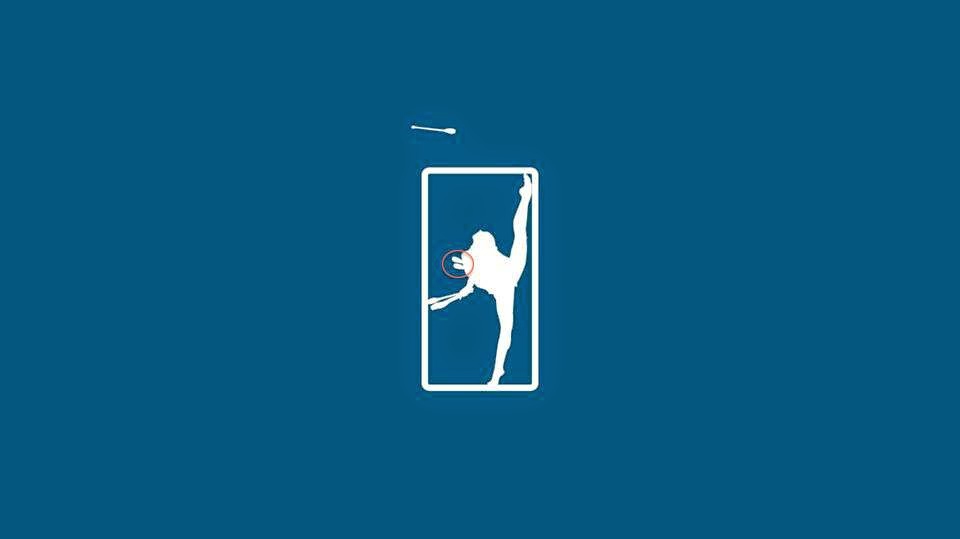 After these processes, the final versions are born finally. 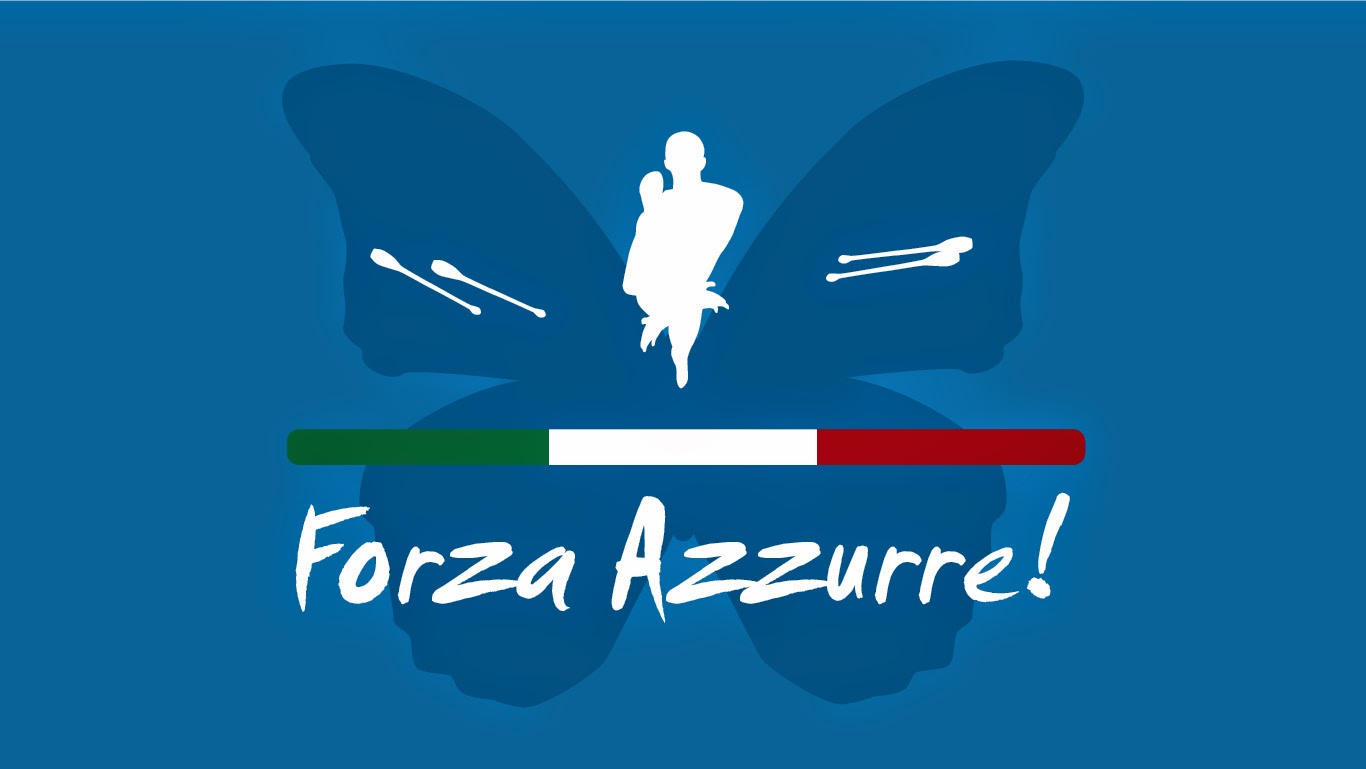 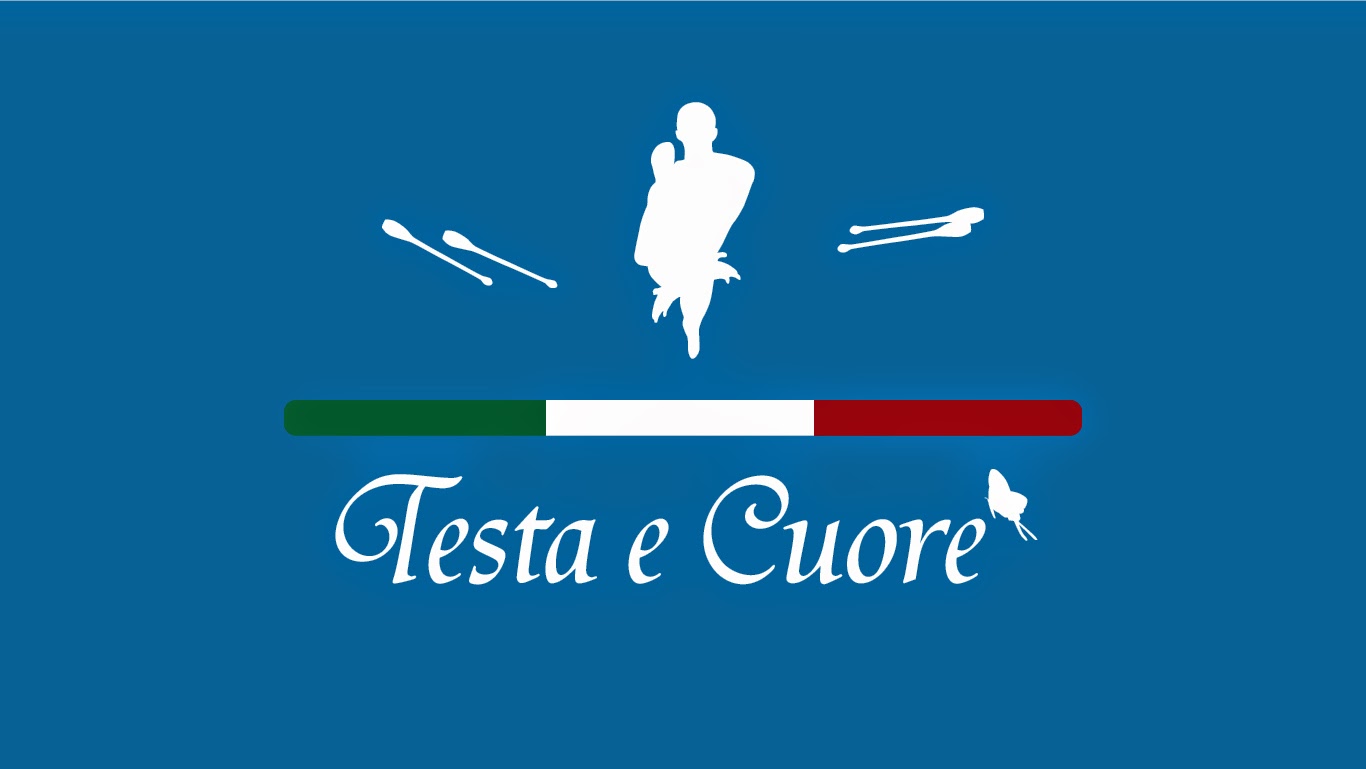 The two images above are the final editions and we have published on a community page of the fans of "Le Farfalle" and also asked the logo to be appeared on a video encouraging the group.
And in the end, my friend Filippo has made and distributed logos for versatile usages such as phones, PCs, TVs, facebook profile pictures and covers. 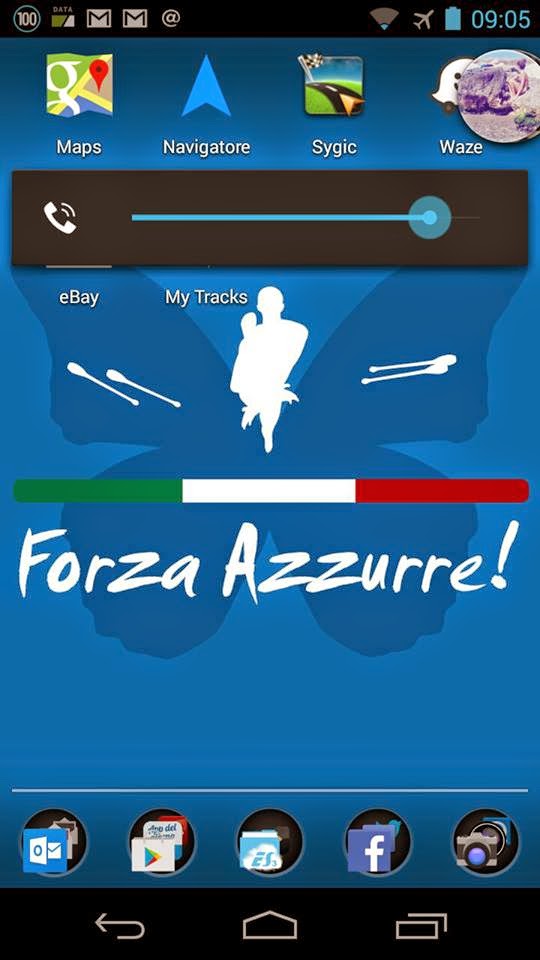 Although it was a very hard work as usual but I'm sure the designs made "Le Farfalle" go forward. As a result they has got a silver medal.

Posted by Takayuki Murakami at 19:46 No comments: