I have got another wedding invitation from one of the best friends since my secondary school age. And the celebration has taken place at Osaka, where the couple have come across and live. 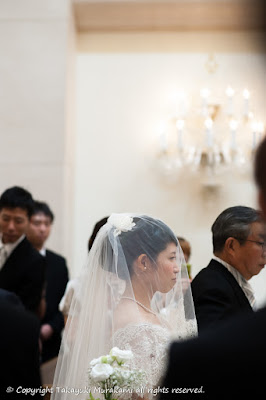 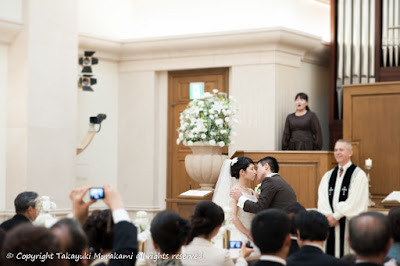 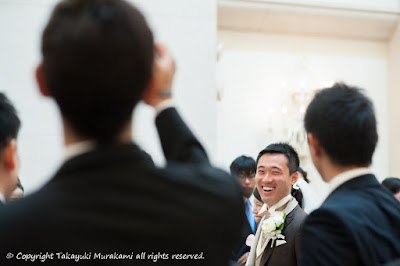 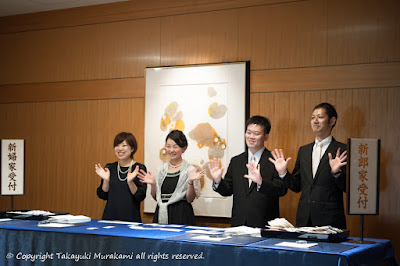 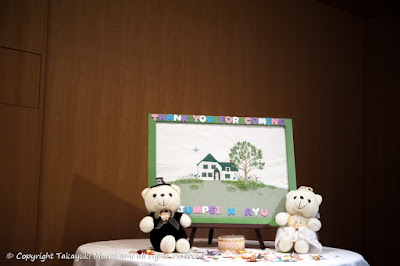 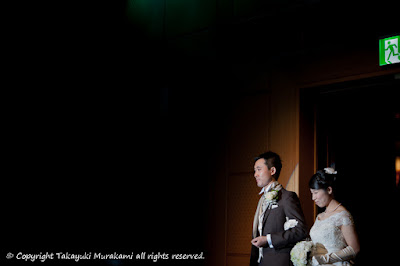 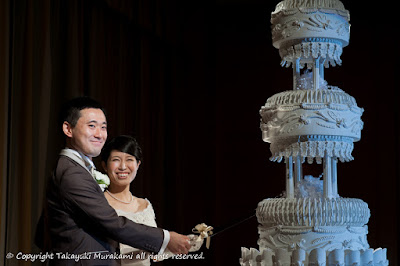 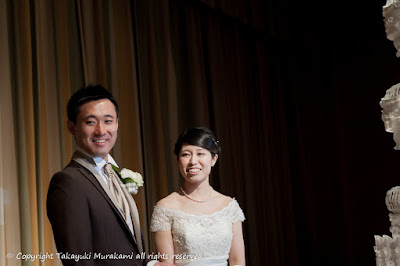 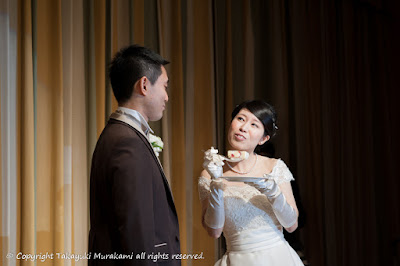 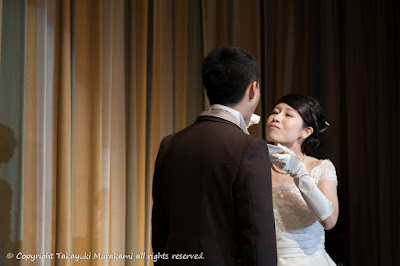 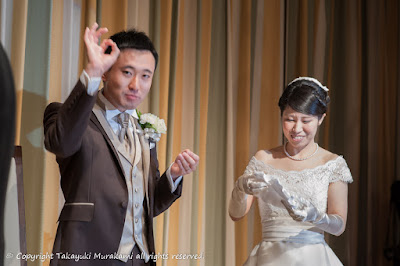 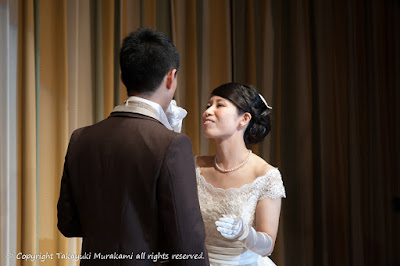 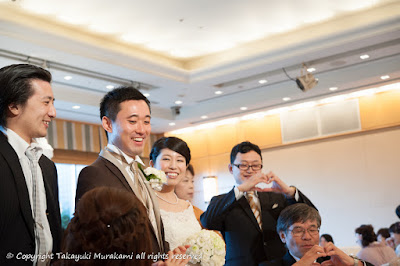 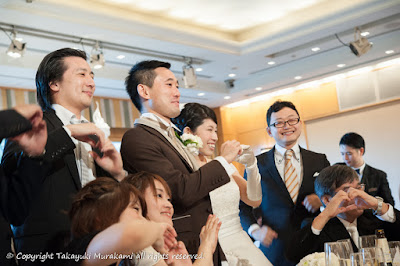 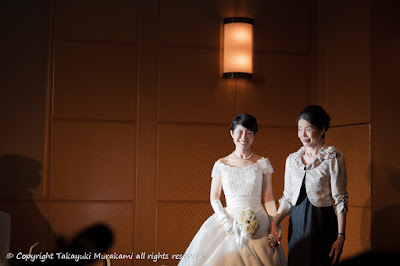 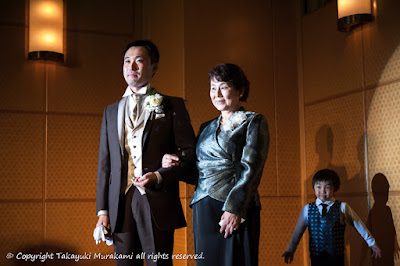 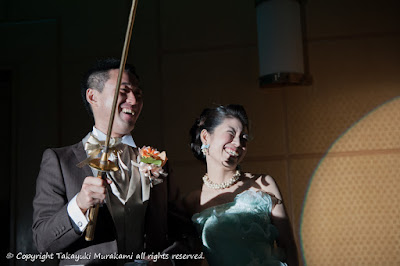 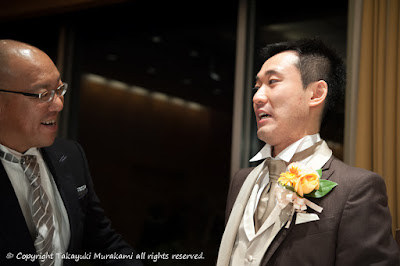 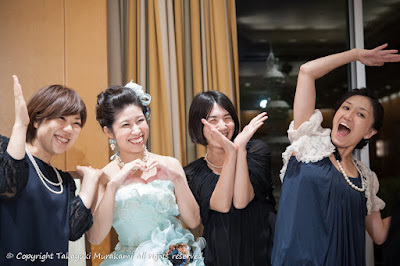 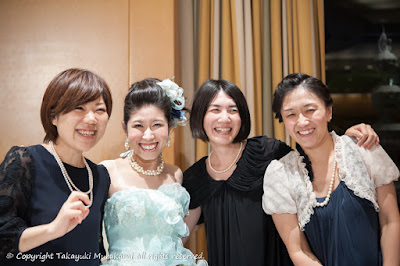 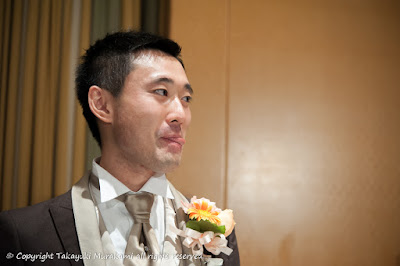 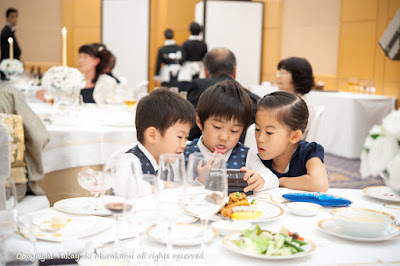 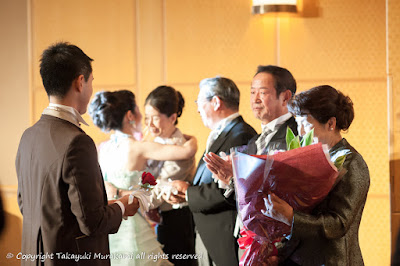 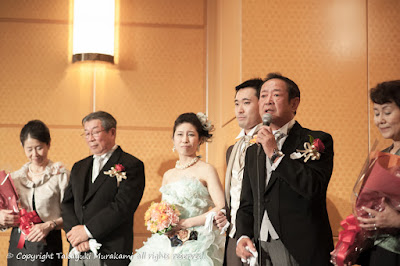 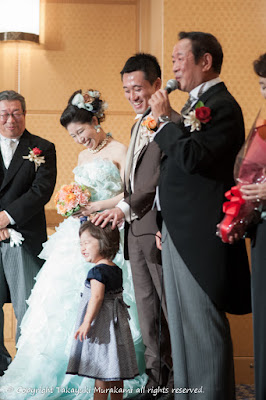 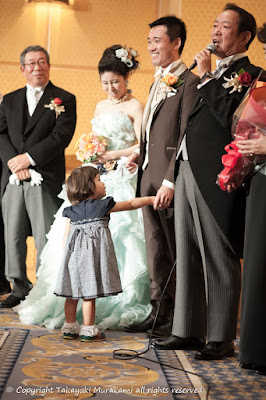 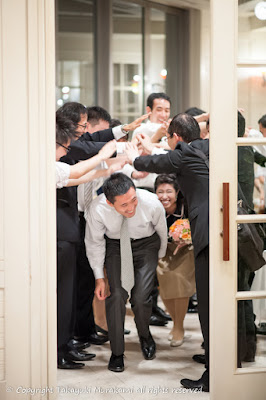 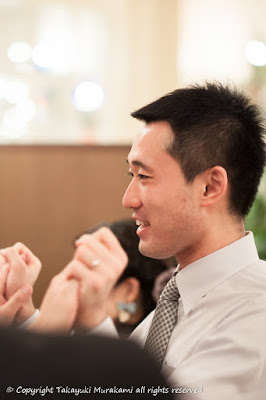 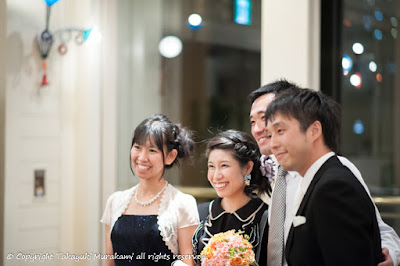 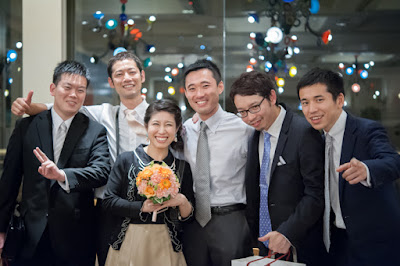 Shinkansen has taken me to Osaka from Tokyo. I always enjoy the time on the train but this time was not comfortable at all. While I was seating, I was listening to the music with my music player and inner ear phones to make myself relaxed as usual. But it was quite noisy around my seat. I thought it was a notice from a baggage of other passengers but, it was not. It was actually a noise from the floor of Shinkansen. Although I don't remember the sound clearly, it has sounded constantly and obstinately therefore I was so annoyed by the noise. Not to mention, I tried to have a sleep during about 2 and half hours on the coach but it was a hopeless effort.

The venue was Imperial Hotel Osaka, and the hotels has got some free shuttle buses back and forth between Osaka station, which was really convenient and hospitable for all the guests. Then I had no choice but get this on and I managed to arrive at the hotel quite easily.

My friends were also invited to the wedding ceremony and I was supposed to meet up at the hotel but they were missing for some reason. And I went to a waiting room for the guests straightaway but they were still not there. After a while, I have come across a bride and my best friend coming on the corridor to the chapel. And he firstly has said my name and "Thank you for coming!!" This has released my all the worries. And after this, my other friends have arrived finally.

This was the 6th time for me to attend to the wedding ceremony and I've got enough experience in terms of photographing. From the past 5 times, my camera equipments have changed in a better way and probably my skill as well. Plus, this time was for my long-time friend therefore I was secretly motivated to be honest. And the results were above images.

During the ceremony, party, a non-professional photographer which is myself is quite busy because you cannot miss both the moments and meals. And of course, you have to get a good position to make better images. On the other hand, attendants are not allowed move around freely because there are professional photographers and videographers recording the celebration as their professional work. Moreover, they have got an advantage because they know how the ceremony is scheduled, namely they have already know the information how the bride and groom move, what is going to happen, and whatever. In comparison to them, the non-professional photographer is always under the disadvantaged and restricted conditions. It is not so easy to get fine moments with the consequence. But, you have to make it. Sometimes you need to break the rules.

The bride is so lovely because during the meal, some events happen and signify her personality effectively. And I've found that she's got a priceless smile. Once you see this, you definitely understand soon. And she's got a younger brother and he has sent her a cerebrating message. It can be said that this is a scheduled event but he has got into a cry for his sister. Yet she is that much appreciated by her brother and then she, the bride becomes a my best friend's wife.

The scale of the wedding party itself was so big, many people were invited from different relations. Friends from various ages, working places, families. To me, this was one of the largest parties ever had. More than that, as I have mentioned earlier, at the Imperial Hotel, which means that it is very luxury. After the party, I and friend have meant to stay the hotel for one night along with a breakfast. We were expecting to pay for by ourselves however, his family has offered us the one night stay which was tremendously surprising. As we imagined the hotel room and breakfast were absolutely nice.

Following day of the wedding party, we had to go back to Saitama. As my friends came here by a car and then I've decided to follow them as my return trip. The weather was brilliantly fine so, it was literally one of the best day for driving to me. We have dropped by the Hankyu department stores to have some souvenirs. And then we've got on a motorway to go back to Saitama.
Actually, the distance from Osaka to Saitama is approximately 530km long. And the day of our return was Sunday that meant the traffic conditions would affect a lot. With a car navigation system and mobile devices, we have avoided traffic jams as less as possible. So, the way back home was on and off the motorways. Thanks to the technologies, we didn't get annoyed by traffic jams but we've taken a distanced route as a result. I could not follow where we were from the middle on the way. And I have slept eventually in the car (I don't remember when the moment was). Finally we have got home, back to Saitama after an about 11 hours drive. That was too long and a bit reckless for us, I would say.
Posted by Takayuki Murakami at 20:03 No comments: