After a day at Fukuoka, I moved to Wakamatsu in Kitakyushu city in order to have a reunion with a man who I had come across at Milan back in 2012 when I was following rhythmic gymnastics competitions. His name is Ryosuke, he was travelling around the world in those days to find out a woman marries him.
Ryosuke is a very nice guy. So much gentle and funny individual. I still remember when we met for the first time at Milan. We came across at a hostel and he first spoke to me saying "Are you Japanese by any chance?" and I reacted "Yes I am". And he asked me "let's see around the city together if you don't mind." It was absolutely fine with me.
He likes to drink alcohols and then I clearly remember that we had a drink together at the hostel. Of course we went sightseeing as well. Particularly I have invited him to see the painting "The last supper" by Leonardo Da Vinci. A booking is required beforehand and I've let him know about this and he has managed to keep the last one ticket. And I helped him out as I can speak Italian at that time and then we said good-bye in a good mood.
After that, he continued travelling around the world and came back to Japan due to his health problem, which was at a fatal level. Then I was thinking that it would be really nice to have an opportunity to see him again in Japan and have a interview session regarding his travel experience.

I have made an appointment before coming in Kyushu and he has managed to make a space for me. 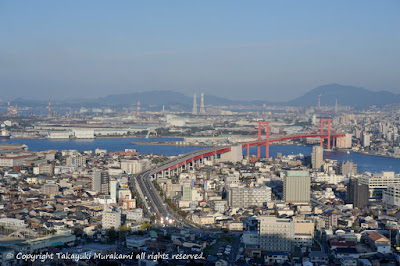 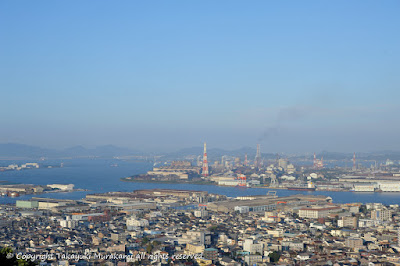 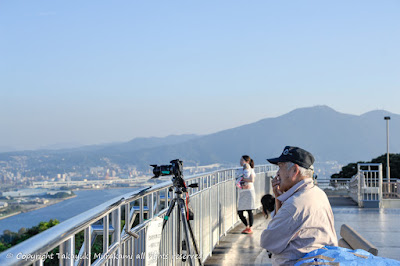 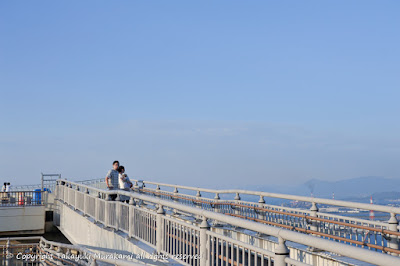 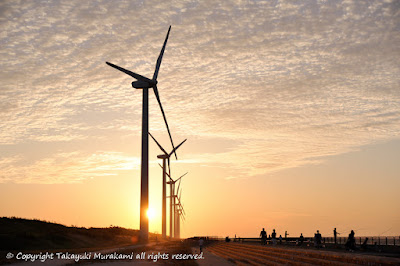 First of all, he actually is married as he found out his wife during his trip and they welcomed me along. They have taken me around the Wakamatsu where they live in. As some images show above, this is a very much industrial area. There are some chimneys fuming smoke as this area used be one of the biggest industrial areas throughout Japan back in 60-70's. Probably the red bridge symbolises the fact.

Also there are some windmills producing local electricity at the coast. Some people are having fun by fishing. What I find is that Ryosuke is a generous man amongst people I've ever met. Because he can casually talk to people fishing there. This is exactly what he did when we met in Milan. His attitude is never provocative otherwise neither I didn't drink with him nor visit his home. This is the biggest reason that he is charming. And not to mention, his wife must have been attracted by this. 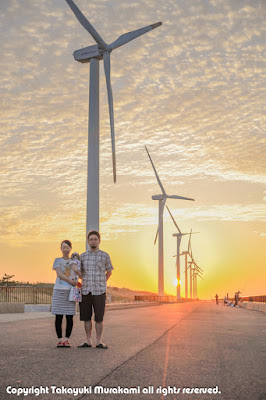 They have taken me to their home after taking a walk at the coast. Their house locates in the middle of the hill along with many slopes and probably it's really hard to access on foot. We started drinking finally, looking back the day we had met, the background they got married, the situation he got sick and returned back in Japan... This was a lovely moment to have and I definitely appreciate our friendship.
They allowed me to stay one night at their home and we drunk enough.
After our dinner time, I found that he disappeared from the dinning because he was sleeping already. I hope this was because we had a happy day as much as he got feeling relieved.
Posted by Takayuki Murakami at 22:19