Yohei Kubo was one of my study mates when I was studying at British Council at Iidabashi before my study abroad in the UK. And he married her girlfriend. And I was invited his after party. 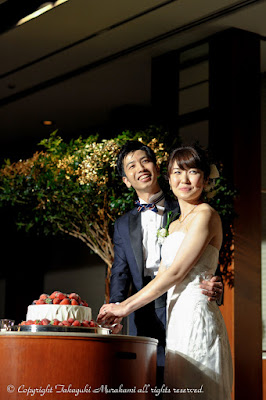 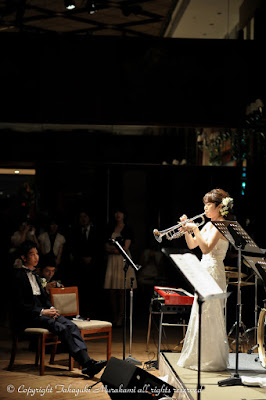 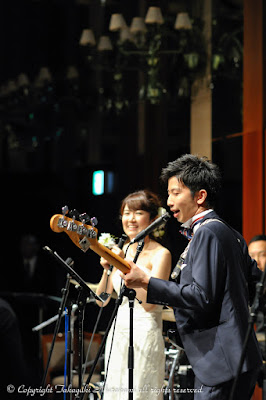 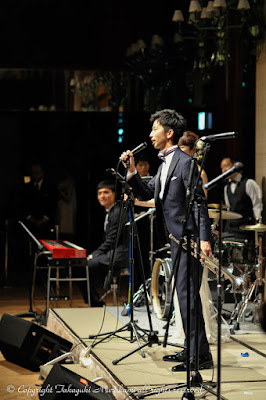 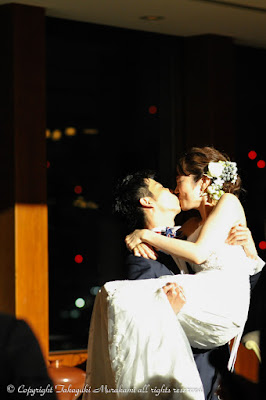 It was a quite large scale party, maybe the biggest one I have ever joined in. Perhaps even it was a sort of business for them...
Yohei is originally a really exellent man. When I was studying with him, he was not struggling from getting a good mark of IELTS exams unlike me. I am not sure exactly however, he went to LSE or somewhere in London and also another university in Paris to have his MBA degree after passing a criteria not only that of the IELTS but also GMAT while he was working.
It was actually unexpected that he invited me. But I simply couldn't stop photographing them corresponding to my passion. And of course his personality made me go.
Posted by Takayuki Murakami at 00:23