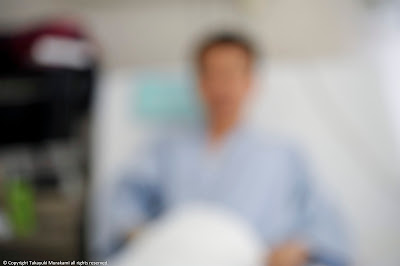 During October, I needed to go hospitals in order to cure my health condition.

Firstly, as I have written in this blog for my spotty face. Thanks to the difference of air and water between Japan and the UK, my damaged face has got much much better than before as soon as I came back. However, there are still some spots on my jaw. And then I decided to go to see a doctor for my skin. The doctor prescribed two types of creams to remove spots. At the beginning of using these creams, my facial skin became very rough, which means that my facial skin has been automatically pealed as a side effect. Visually it seemed to be so messy therefore I rubbed hard. But, it was wrong. My face got quite painful and became red. And what I was able to do was to just leave it and wait for recovering. At this point, I was suspicious about these creams.

Secondly, for my right ear. I have been with inherent disease on there which is a bit complicated. Actually, it is a tiny hole at not inside of my ear but outside, and it will never be cured without surgical operation. Once germs invade into the hole, my ear will be tumour which is painful. If you keep this clean and some times have medicines, it would be fine but honestly I am bored with this situation since I've been suffering this for more than 20 years. And then I made a decision to have a surgery. I have booked a day for my operation two weeks after seeing a doctor.

Thirdly, I have got an annoying difficulty inside of my left knee. This is not quite awful one but surely makes me bothered. When I run suddenly in order to get in time trains departure or descend stairs or stuff like that, the inside of  my left leg becomes sticky and I cannot stretch my left leg completely. In other words, I feel some sort of obstacle is inside of my left leg. And again, I have been with this for more than 20 years and disgusted so decided to have a surgery for this. I reserved a day for my operation a week and half after seeing a doctor.


My spotty face didn't turn well very soon. It took for a while. I had to be patient with the two creams and keep watching how it goes.


As second opportunity, I had a surgery for my left leg. As this operation is carried out by general anaesthetic, I was forced to hospitalise one night after the operation for the first time in my life. Since this was the general anaesthetic, I was definitely unconscious during my operation. I fell into asleep very quickly and got awake after the surgery which was quite smooth. But before the operation, some nurses are absolutely impolite for me. The didn't show me any sort of respect as a patient and made me incredibly hurry and required me to provide information which I have already written on pieces of paper without referring these. It was so annoying attitude.
As I mentioned, I had to stay one night at the hospital. And this was an unusual experience for me. Due to the pain of my left leg, I was obliged to be on the bed. And then in order to provide nutrition, I was connected to a drip which also made me go toilet. But I couldn't. So I had to do this on the bed into a bottle instead which is embarrassing enough. And then actually, this was so hard to carry out because my posture on the bet is absolutely far from when we pee at toilets. In other words, releasing your tense when you are lying on the bed is difficult. However, I had two or three drips and couldn't stand going pee.
And also I underwent the wheelchair for the first time. Again, this was difficult for me but at the same time, its system was quite practical. After some chances of pee on the bed, I went to the toilet with the wheelchair even though the distance from my bed to the toilet was quite close. Because my left leg was absolutely painful. It was impossible to both bend and stretch by myself. In addition, I was not provided any medicine in order to alleviate the pain at the night for some reasons.
Next day which was the day for discharged, I finally got some medicines and could start walking without canes even though I totally relied on my right leg. And then I got home. Unlike when I had a operation for my ear, I was not reassured for my leg. Because obviously I didn't think I can walk properly very soon when I used to be and the pain on my leg remained for a while. Of course rehabilitation was needed.

Meanwhile, for my ear, I went to a hospital to pull off the threads on my ear with a bit painful leg. My ear was certainly recovering and then the  threads were successfully removed. I needed to see a doctor again but, this was almost finished. One thing I am warring about is its recurrence. However, according to the doctor, 'Probably it's alright'. I'm still slightly dubious though.

From 1st of November which is two weeks later since the operation for my leg, I am supposed to go to Italy in order to my photographic practice and cover rhythmic gymnastics competitions. In order to make it, I wanted make my leg recovered as much as possible. So I endeavoured for my rehabilitation which was walking in the park. And then finally I came to get on a bicycle, as well as my ear, my leg is gradually getting well for sure.

Posted by Takayuki Murakami at 18:32